In an effort to avert a repeat of City Hall’s disastrous handling of last year’s winter storm Alexa – which stranded thousands of drivers and nearly shut down the capital for a week – police announced that major roadways leading to Jerusalem may be preemptively closed in anticipation of this week’s expected blizzard. “The Jerusalem Post writes.” 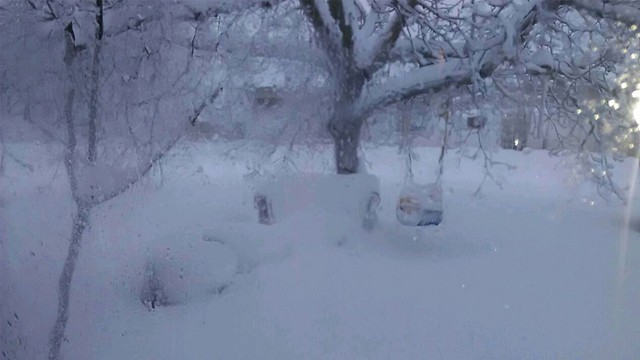 Police spokesman Micky Rosenfeld said the entrances to routes 1 and 443 would be blocked ahead of Wednesday’s forecasted snowfall if it endangers road safety.

“If necessory, the highways will be closed depending on decisions that will be made according to the seriousness of conditions in the next 48 hours,” Rosenfeld said on Monday.

“In general, preparations have been made by the Israel Police for the difficult winter conditions expected to hit Israel. Extra emergency response units are on standby in Jerusalem to assist stranded vehicles on the highways.”

While Barkat noted that “all of Jerusalem’s children – in fact all of Israel’s children – are praying for [snowfall],” he conceded that “lessons from the great storm [Alexa] have been learned” and police would complete all final preparations by Tuesday.

150 SNOW PLOWS
According to the mayor, 150 snow plows and 200 tones of salt for trucks are awaiting instructions from a situation room set up in Safra Square, which will work in coordination with all of the city’s emergency responders to ensure routes to hospitals remain open.

The mayor also emphasized that “everyone must take responsibility for their own homes.”

Barkat’s spokeswomen, Brachie Sprung, said he is leaving nothing to chance with respect to safety.

We learned a very important lesson, including that highways need not to be closed, because people don’t have the right tires and equipment to drive in the snow,” she said.

One of the biggest lessons learned by the municipality, Sprung said, is to prepare residents for the snow and provide real-time updates by using the media and the municipal website.

To that end, she said the municipality has set up a “one-stop shop” via its website, to be buttressed by a situation room comprised of emergency personnel, electric company employees, and police and fire officials to keep the public apprised at all times.

“We’re expecting a very windy storm and asking residents to secure all objects, look for backup heating including solar panels, and get enough food and water for a couple days,” she said.

More than 200,000 comprehensive instructional booklets were mailed out over a month ago to Jerusalem homes delineating clear saftey instructions, she said.

“Roadways are our first priority.” she continued .”Residents should get shovels, because we can’t get to ecery driveway and sidewalk.”

In the meantime, in a statement released Monday by CityPass, which operates the light rail, the company urged drivers not to obstruct the tracks with their vehicles.

“CityPass is asking drives not to leave cars along the track so as not to block the route of train.”it said . “Last year vehicles were abandoned on the tracks, and consequently prevented the continuation of train service.”

CityPass added that train service will be halted if 5 cm. of snow should fall and that service will be restored only after the snow is removed. Should a train be struck by storm, the company said conductors have been trained to evacute the light rail.