70 years After the Rescue of Danish Jews to Sweden 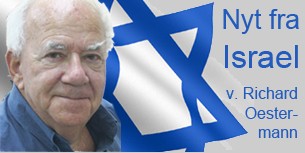 Tonight, October 1, 70 years ago, the Danish people exploded the myth that nothing could be done to rescue Jews in Europe  except – of course – to win the war.

On that night  and the following 3 weeks 8.000 Danish Jews were rescued by the Danish resistance movement on Danish fishing boats and rowboats across the strait, Øresund,  to Sweden, their lives saved by courageous men and women.

70 years ago, Allied leaders thought that nothing could be done to save the Jews of Europe but winning the second  World War.

But the Danish people saw it differently. To the Danes, their Jewish fellow citizens were a people of  another religion, and when we were in need we should be helped. The term ‘I am my brother’s keeper’ fully permeated the enlightened Danish society.

And so it came to pass that this little people of five million stood up for their Jewish fellow citizens. They stood up and were counted.

The operation not only saved the Danish Jews . It gave  the Danish people a unique chance of saving themselves from self-satisfaction and showed the best in humanity – to give to others, even at the risk of your own life.

40 years ago there was a momumental ceremony in what became known as Denmark Square in Jerusalem – the dedication of  the Israeli sculptor Roda Reilinger’s symbolic boat of refugees on its way over troubled waters towards Sweden. One of the speakers at that ceremony was David Ben  Gurion, a great honor for Denmark, showing the importance which Israel attached to this great rescue operation. Another speaker was Mordekai Ish-Shalom, mayor of Jerusalem – and father of Hedwa Ish Shalom, the first rector of this school. Other speakers were Gideon Rafael, former director general of the Foreign Ministry and formerly Israeli ambassador to Great Britain, and Denmark’s ambassador to Israel, Sigvald Kristensen. I was also honored to speak on behalf of Danish Jews in Israel.

It was no coincidence that the stern of the boat  pointeed towards a super market. Sweden depicted as a land of plenty.

For technical reasons this ceremony was moved  to Denmark School. And so  here we are forty years after that ceremony. And 70 years after the rescue.

When Denmark School was inaugurated it was in the presence of – if my memory does not fail me –  Mille Rau, a Danish-Israeli writer who is present here today, Danish-Jewish sculptor Harald Isenstein who created this symbolic, monumental relief showing  Danish Jews being  brought to safety on a fragile boat.

Present right here were also representatives of a group of some 6-7 prominent American Jews, who had each donated 100.000 dollars towards establishing this institution  which was regarded as the greatest comprehensive high school in Israel, a true melting pot of different Israeli cultural societies.

One day I got a call from one of these people. Would I accept an ivitation to go to Copenhagen and join the group on an audience to Margrethe, heiress to the throne, to prepare for adorning  the institution with  the illuminous name of Denmark, that is to name it Denmark School.

I will go to Denmark at drop of a hat. And so I did.

The first thing which struck me at the audience with the royalty  was how tall Margrethe is. When it was my turn to talk to her, I said that I was speaking to her on behalf of many in Israel who knew of her interest in archeology and would like her to see some of the archological treasures in Israel. She threw her arms open and said “We would like that very much, but we just cannot”, meaning  we also have to visit the Arab countries.

Queen Margrethe  never came here. She has visited Saudi-Arabia and Egypt. And during the latter visit  she was whisked away beause of a tense security situation. She is not likely to ever come on a visit.

Today are actually two October 43 anniversaries. One is the commemoration of the rescue of he Danish Jews, and the other one was the dedication 40 years ago of Denmark School. .

It is an honor for me to speak here today and I thank the initiators for this.

I would like to take you with me to that night, 70 years ago.

This armbind,  in the colors of the Allied forces, was used by soldiers of the Danish military Force, The Danforce  Brigade, and by members of the underground when they appeared overground on June 5, 1945. It was a proud emblem – for had not the British commander, General Bernard Montgomery  stated that the Danish underground was “second to none” in Europe – meaning the best – a true British understatement.

I was 17 years old then, and fought in my own little way to get the Germans out and free Denmark from the occupation. Jewish youths could not join the resistance  if I –  or other young Jews – was caught in an act of fighting the German occupiers which might have called forth an  earlier round-up of Danish Jews.

The name of the game was – low profile. My task was to  distribute so-called “illegal papers” to school mates or to send them by mail, with a no sender on the envelope. It was a nerve raking experience to distribute the papers in class, during breakes, because one should not be caught in the act  There were  pro-Nazi informers, not many, but one was enough.

I left our apartment in a great hurry and did not manage to destroy a bag full of such envelopes, left behind  in a wardrobe.  During the next year and a half the thought of that bag and its content  of envelopes never left me…

October 1, 1943, was a chilly evening. That night, I was supposed to leave Denmark for Sweden together with my mother and two older sisters, Margot and Lillian.

My mother, two sisters and myself were hosted at different places by friends and acquaintances. Margot and I at one place in Snekkersten, my mother and Lillian at another place in Humlebæk. All these places are quaint fishing villages and/or resort places for Copenhageners during summer months.

Margot and I had a friend, Eyvind, son of the house owners in  Snekkersten. At one time the plan was to get us out from Gilleleje. We were lucky  that it did not come to pass. The Danish Jews who tried to get out that way were caught and deported to Theresienstadt. Eyvind was 18 and a member of the resistance movement. He had found our escape route, and our saviour, a fisherman by the name of Andersen.

Eyvind collected us on bicycles. My mother was walking, because she never learned to bike. We were  four persons, three bicycles. We went in utter darkness through the forest, Lave Skov. We knew every part of it, we thought, also our 70 year old mother. We came to the coastal road and saw Gestapo cars, with lights on, going up and down the road, looking for Jews.

When we saw no lights, we crossed  the road, in a hurry. The night was dark, just a few clouds. We were at the beginning of a kind of pier, shooting out into a bay. We walked fast, led by Eyvind. At the end of the pier was a closed and we thought-  locked – door.  Eyvind and I looked at another. And opened the lock, by unimaginable force. On the other side was a concrete platform where we should meet Andersen at midnight.

Nothing happened. The time went on. We shuddered. We could hear the sounds of Jews being caught further inland. Now we were four persons, no bicycles. Then we could hear the motor of a boat.

Andersen. Here was our man. He got us onboard. He ordered me to stay on deck and pretend I was his fisherboy. A German patrol boat came by. There were three men onboard. Our luck. Had there been. more than three the might have informed on one another. So it was our luck that  there were no more Germans on the patrol boat.

We were frightened all the time.  Andersen had given me a blue fisherman’s sweater. He said to me “We will play a trick  on them”. The German boat came closer. We shuddered in the dark. Andersen shouted at me: “We have a lot of fish tonight”. I only thought “what will have happened to us all in a few minutes”.

But the Germans turned off. Why? I will never know.

When we came to the coast  at daybreak, Andersen ordered me into the water. “Take your shoes off and jump”. I did. The water reached me to the neck. My shoes swam out of my coat pockets. Then came my sisters, competitive swimmers, and my mother who could not swim. They helped her.

At one time catastrophe was near. My sister Margot’s raincoat had gotten entangled into the ship’s engine. I shouted from down the dark, muddy waters, “Andersen, turn the engine off”. Miracle was that he heard me. And stopped the motor.

At dawn we climbed ashore, my naked feet bleeding from sharp stones and glass sherds. Three middle aged Swedish soldiers stood on the shore and shouted “Waelkomna to gamla Sverige (Welcome to old Sweden), their tears mingling with the waters of Øresund.

Here is a belated thanks to the Danish people and to the Swedes for saving us, so I could tell this Andersen fairy tale which was NEVER told before. For your information.

Thank you for your attention.